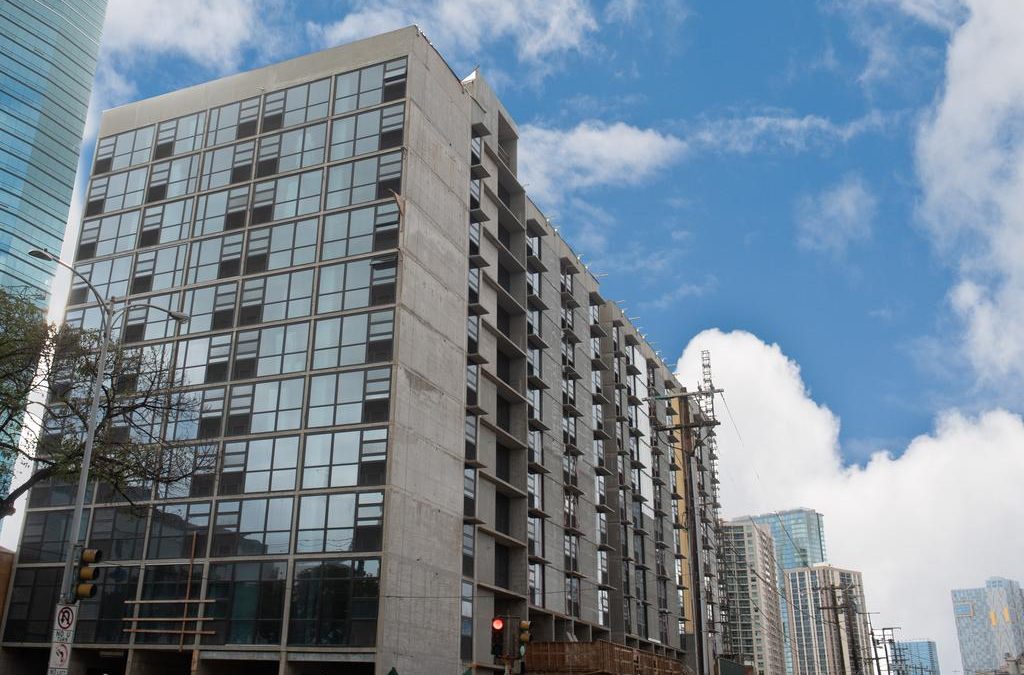 Stanford Carr Development and Swinerton Builders have completed construction of Hale Kewalo, a 128-unit low-income rental project near Ala Moana Center for tenants earning between 30 percent and 60 percent of Honolulu’s area median income.

Hawaii Affordable Properties Inc., which will manage the building, will begin accepting applications for the 27 one-bedroom, 72 two-bedroom and 29 three-bedroom units on Friday. Applications will be accepted through March 8.

The building is equipped with solar hot water and energy-efficient appliances and air conditioning.

Construction of the 11-story concrete building began a little more than a year ago.

The project at the corner of Piikoi and Kona streets was developed to satisfy the affordable housing requirement for Alexander & Baldwin Inc. 43-story Waihonua at Kewalo condominium, which was completed in 2015.